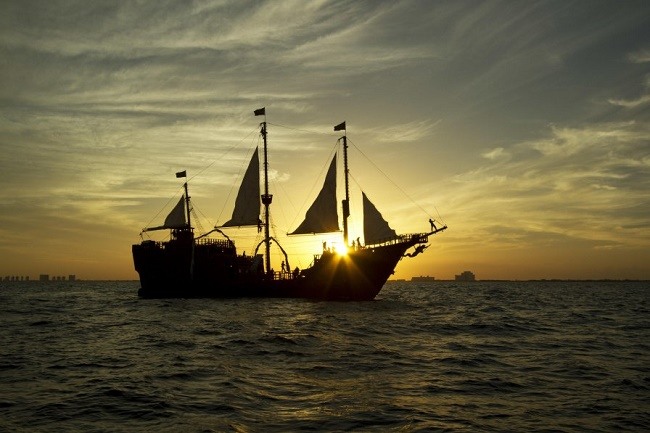 A must-do in Cancun, the Pirate Ship show is often top of everyone’s agenda when they take a vacation in Cancun, Mexico. The Caribbean’s history is steeped in tales of swashbuckling pirate deeds and Spanish galleons filled with gold; and that is why the Pirate Ship Show on the Jolly Roger combines the details of pirate-lore with history and entertainment for a great family night out in Cancun.

In Cancun, you have a choice of pirate ships, with the Jolly Roger being the most recent addition to Cancun. The reason for recommending the Jolly Roger Pirate Show in Cancun is because of its authentic design modeled on the Marigalante, which was the ship Christopher Columbus sailed in on his way to the Americas in the 16th Century. The tourist galleon that you see on Cancun’s horizon is designed to mimic the original galleon, covering a steel structure that counts with all the safety features of a modern vessel. 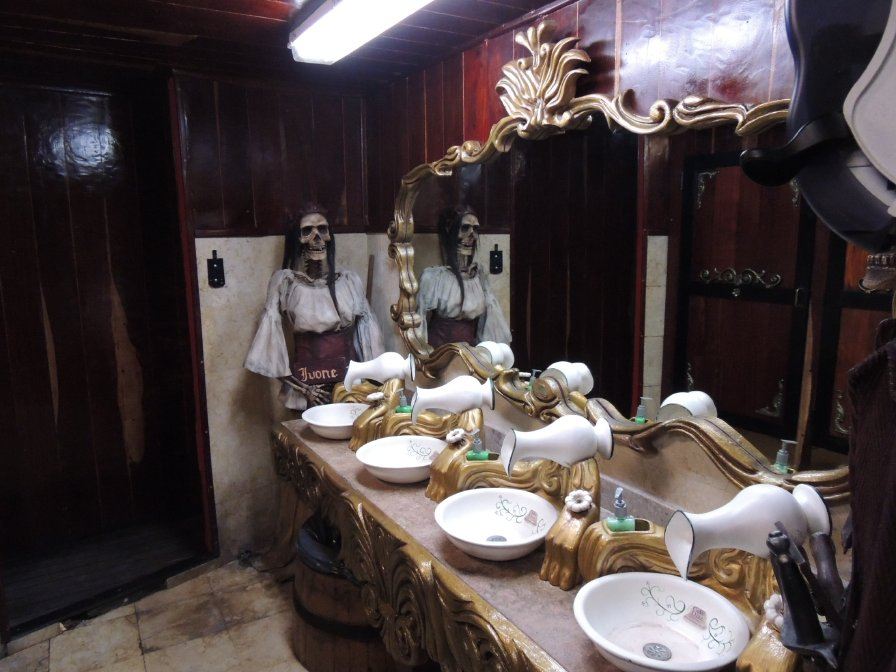 The show aboard the Jolly Roger pirate ship is full of family humor, exciting entertainment and acrobatic sword fighting. From the minute you arrive to the pier to await your orders from Captain Morgan, your adventure as a pirate novice begins. Suspending your disbelief for around 3 hours as you sail the coastline of the Riviera Maya will surely become one of those unforgettable memories that will make you smile for years to come.

The Pirate Show Cancun Jolly Roger ticket includes the pirate cruise, entertainment and food and drink. When you reserve your ticket, you choose your meal and can even opt for a premium package. Vegetarians and kids are also catered for with a special menu. You will be allocated a pirate waiter when you board, who will take care of you and your needs throughout the show. Drinks are included in your ticket too, so it is a great bargain.

Groups and incentive trips are also catered for on the Jolly Roger Pirate Ship, if you are thinking of basing a work retreat in Cancun.